Firebird: la caccia
(A Thousand Pieces of You)
Claudia Gray 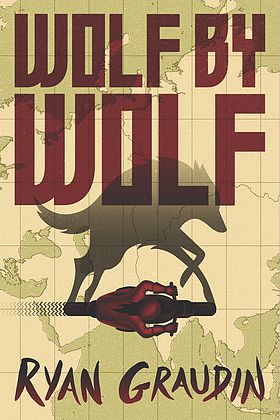 Code Name Verity meets Inglourious Basterds in this fast-paced novel from the author of The Walled City.
The year is 1956, and the Axis powers of the Third Reich and Imperial Japan rule the world. To commemorate their Great Victory over Britain and Russia, Hitler and Emperor Hirohito host the Axis Tour: an annual motorcycle race across their conjoined continents. The victor is awarded an audience with the highly reclusive Adolf Hitler at the Victor’s Ball.
Yael, who escaped from a death camp, has one goal: Win the race and kill Hitler. A survivor of painful human experimentation, Yael has the power to skinshift and must complete her mission by impersonating last year’s only female victor, Adele Wolfe. This deception becomes more difficult when Felix, Adele’s twin brother, and Luka, her former love interest, enter the race and watch Yael’s every move. But as Yael begins to get closer to the other competitors, can she bring herself to be as ruthless as she needs to be to avoid discovery and complete her mission?

When I heard about this novel, read the blurb, I immediately thought “this can be a flop to-kill-all-the flops-of-this-world or a great, one-of-a-kind, novel”. The historical period in which it is set, the Second World War, is one of those I always struggle with because of the atrocities done under the Third Reich. I don’t tend to search for books, movie, etc. that have that period as a subject. I always try to keep in mind the pain that has been inflicted in those years, because it is right to remember and not forget, but I don’t want to read or watch something that can only scratch the surface of what people suffered at the time. They can only fall short. I am not saying that some book or film hasn’t done them some justice but I feel it isn’t enough, you know? How can anything be enough?
Anyway…returning to Wolf by Wolf.
This novel has the right amount of fantasy elements and aims primarily on the adventurous part to allow me to detach from the realistic events described. Not only that but it was able to keep me engaged from start to end. In fact, the book is a sort of dystopian novel because, although based on a world that is ours, thanks to a change in the historical events we know it represents a new dreadful reality. What’s different from a common dystopian book is that the story of Wolf by Wolf does not happen in an hypothetical future but in the past of 1944-56. The author imagines a what-if that terrifies me at the sole idea… the victory of Hitler and the establishment of its ideologies in the majority of the world, with USA that keeps itself apart from the conflict for fear that Hitler may turn his gaze on its conquest.
The author manages a story that takes the reader on an adventure that can be compared to the one in Hidalgo (a movie with Viggo Mortensen if the name of the movie doesn’t sound any bell to you), Balto (again see movie), Kevin of the North, etc … stories of life and death, full of twists, extreme situations, fights for life and so on. It is a motorcycle race the focal point of the adventure in Wolf by Wolf, one the MC has to win…

The resistance has given Yael one goal: Win the race and kill Hitler.

Yael is the MC and a jewish girl who barely survived the death camp where she and her mother where imprisoned when she was six. During that time she became Experiment 85 and was subjected to painful injections that had the purpose of altering her appearance (like changing the color of her eyes from brown to blue and such). They never could have expected the experiment to be so successful. Yael learns to change completely her look and, after having lost all that she holds dear, she manages to excape from the camp assuming the aspect of the commander’s doughter. After that, Yael finds herself alone in a world that she is not prepared to confront. Fortunately, it is in that moment that she stumbles upon the resistance, people who are trying to subvert Hitler’s rule. After discovering her, they bring her in providing a new, albeit undercover, home.

Yael becomes the secret weapon they were waiting for. The last hope of the revolutionary group. Indeed, thanks to the unexpected victory of a girl, Adele Wolfe, in the previous edition of the Axis Tour -this motorcycle race where the best German and Japanese young males compete for supremacy (a race born to show the superiority of the Aryan race)- Yael has the possibility to replace her in the new race that it is soon to be held. By winning the Tour she can have the opportunity to approach and kill the Führer, putting an end to his dictatorship. Obviously, the job is not so easy. In addition to all the other participants, who will try to maim her if not kill (yeah, it is that bad), there is Adele’s twin brother to keep at a distance as much as possible. And the memories. All the wolves she has to avenge, and that keep her company during the journey, will add to what Yael has to face to win the most important challenge of her life.