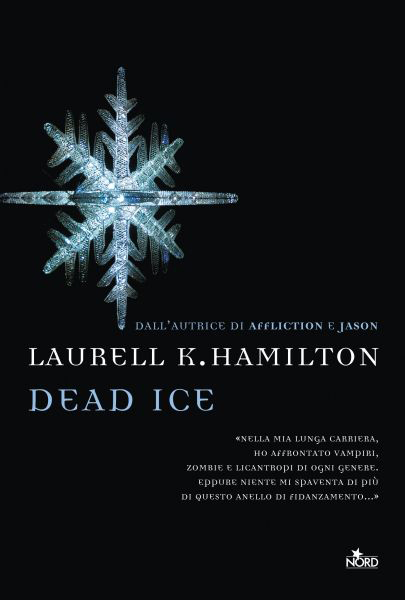 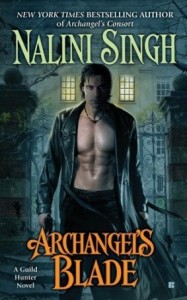 The severed head marked by a distinctive tattoo on its cheek should have been a Guild case, but dark instincts honed over hundreds of years of life compel the vampire Dmitri to take control. There is something twisted about this death, something that whispers of centuries long past…but Dmitri’s need to discover the truth is nothing to the vicious strength of his response to the hunter assigned to decipher the tattoo.

Savaged in a brutal attack that almost killed her, Honor is nowhere near ready to come face to face with the seductive vampire who is an archangel’s right hand, and who wears his cruelty as boldly as his lethal sensuality…the same vampire who has been her secret obsession since the day she was old enough to understand the inexplicable, violent emotions he aroused in her.

As desire turns into a dangerous compulsion that might destroy them both, it becomes clear the past will not stay buried. Something is hunting…and it will not stop until it brings a blood-soaked nightmare to life once more…

High in the Transylvanian woods, at the castle Piscul Draculi, live five daughters and their doting father. It’s an idyllic life for Jena, the second eldest, who spends her time exploring the mysterious forest with her constant companion, a most unusual frog. But best by far is the castle’s hidden portal, known only to the sisters. Every Full Moon, they alone can pass through it into the enchanted world of the Other Kingdom. There they dance through the night with the fey creatures of this magical realm.
But their peace is shattered when Father falls ill and must go to the southern parts to recover, for that is when cousin Cezar arrives. Though he’s there to help the girls survive the brutal winter, Jena suspects he has darker motives in store. Meanwhile, Jena’s sister has fallen in love with a dangerous creature of the Other Kingdom–an impossible union it’s up to Jena to stop.
When Cezar’s grip of power begins to tighten, at stake is everything Jena loves: her home, her family, and the Other Kingdom she has come to cherish. To save her world, Jena will be tested in ways she can’t imagine–tests of trust, strength, and true love.

A beautiful legend that only Juliet Marillier could have weaved so magically. An incredible fable, full of adventure, love and that bit of darkness perfect for grown ups. Some quotes from the book:

“I suppose the secret was not completely ours; Gogu knew. But even if frogs could talk, Gogu would never have told. Ever since I’d found him long ago, crouched all by himself in the forest, dazed and hurt, I had known I could trust him more than anyone else in the world.”

“It looked as if it had grown up out of the forest, with an assortment of bits and pieces sprouting from every corner: tiny turrets, long covered walkways, squat round towers, arches, and flagpoles.”

“At Full Moon, everything was different, everything was upside down and back to front. Doors opened that were closed on other days, and those whom the human world feared became friends. The Bright Between was a gateway: not a threat, but a promise.”

“Our cousin was not alone among the folk of the valley in his attitudes. There were those who believed the Other Kingdom to be a devilish place, full of presences out to destroy humankind. The margin of the wildwood was hedged about with crucifixes; the trees on its rim were thick with protective amulets.”

“That’s not really all you’re asking, Jena.” Tati turned her big eyes on me; their expression was cool now. “Anyway, you aren’t asking, are you? You’re telling. I can’t go through the portal if you won’t help open it. What you really want is that I never see Sorrow again. You think the moment I get up and dance with some fellow Aunt Bogdana’s dredged up for me, I’ll forget all about him. Well, I won’t. And I won’t go to your stupid party. You don’t understand.”

“The sun set beyond the colored windows four more times, and inside our chamber the stories went on. Not all were joyful tales; we needed to acknowledge that love was not just kisses, smiles, and fulfillment, but also sacrifice, compromise, and hard work.”