Yesterday was a crazy day but I had the time to read a steamy free short noevalla that introduces the first book in a new series by Sarah Jane Stone, Serving Trouble, out March 08. This was also a new author discovery for me and it didn’t disappoint! Just made things more interesting since I didn’t only meet the two MC five years before the events of Serving Trouble…to better understand their background before starting with their full story… but I had a glimpse (the first chapter) to the novel itself and I have just three words to say… I cannot wait! (I already know I am in love with Noah!!) 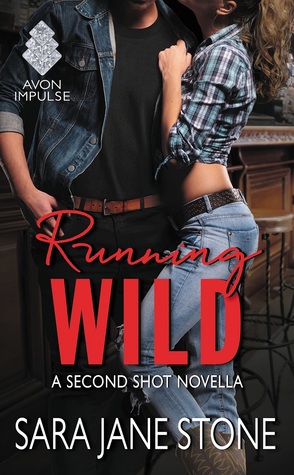 She’s always been off limits…
Noah Tager has always played by the rules and proudly wears the label ‘Local Hero.’ But before he leaves to become one of The Few, The Proud, The Marines, he wants to turn his fantasies into reality with the one woman who has always been off limits.
He’s always been a challenge…
When it comes to her less-than-stellar reputation, Josie Fairmore is ready and willing to cross over into nothing-left-to-lose territory, if it leads to an all-night ride with the man of her X-rated dreams. With her big brother leaving in the morning to ‘Be All He Can Be’ in the Army, Dominic will never find out about her fling with his best friend Noah.
But one wild ride together doesn’t change the fact that Noah’s leaving in the morning—and he’s taking Josie’s heart with him.

Five years ago, Josie Fairmore left timber country in search of a bright future. Now she’s back home with a mountain of debt and reeling from a loss that haunts her. Desperate for a job, she turns to the one man she wishes she could avoid. The man who rocked her world one wild night and then walked right out of it.

Former Marine Noah Tager is managing his dad’s bar and holding tight to the feeling that his time overseas led to failure. The members of his small town think he’s a war hero, but after everything he’s witnessed, Noah doesn’t want a pat on the back. The only thing he desires is a second chance with his best friend’s little sister.

Josie’s determined to hold onto her heart and not repeat her mistakes, but when danger arrives on Noah’s doorstep and takes aim at Josie, they just might discover that sometimes love is worth the risk.

Every time TOR newsletter lands in my inbox, it’s a given I’ll have candy for my eyes. This month is no exception with these beautiful and original covers and very interesting plots. I don’t know you but I have, at least, two new authors to read now. 😉

The Drowning Eyes by Emily Foster

When the Dragon Ships began to tear through the trade lanes and ravage coastal towns, the hopes of the arichipelago turned to the Windspeakers on Tash. The solemn weather-shapers with their eyes of stone can steal the breeze from raiders’ sails and save the islands from their wrath. But the Windspeakers’ magic has been stolen, and only their young apprentice Shina can bring their power back and save her people.
Tazir has seen more than her share of storms and pirates in her many years as captain, and she’s not much interested in getting involved in the affairs of Windspeakers and Dragon Ships. Shina’s caught her eye, but that might not be enough to convince the grizzled sailor to risk her ship, her crew, and her neck.

PRAISE FOR THE DROWNING EYES
“The Drowning Eyes is a magic- and wind-filled adventure, peopled with excellent and strong characters. The story made me want to sail the coastline on a boat of my own and see if I could call up a storm. In Emily Foster’s debut novella, apprentice Windspeaker Shina must return her people’s power to them before the Dragon Ships destroy everything . . . unless Shina destroys it by accident first. So vividly rendered, you’ll be tempted to wash the salt-spray from your clothing after reading The Drowning Eyes.” – Fran Wilde, author of Updraft

Fleeing the city of New York on the TransContinental atmospheric transport vehicle, Dran Florrian is traveling with Palimpsest—the ultimate proof of a lifetime of scientific theorizing.
When a rogue organization attempts to steal the device, however, Dran takes drastic action.
But his invention threatens to destroy the very fabric of this and all other possible universes, unless Dran—or someone very much like him—can shut down the machine and reverse the process.

Praise for Patchwerk
“Tallerman (the Tales of Easie Damasco comic fantasy series) deftly pulls his characters through multiple quick changes in identity, location, and possible futures, always keeping the plot and action unbroken so the dizzying shifts never become confusing. He throws open a surreal and suspenseful hall of science fiction mirrors, and readers will enjoy watching Florrian smash through them all.” — Publishers Weekly

The staff of New York’s premier supernatural catering company, has their work cut out for them in this outrageous follow-up to Envy of Angels.
Love is in the air at Sin du Jour.
The Goblin King (yes, that one) and his Queen are celebrating the marriage of their son to his human bride. Naturally the celebrations will be legendary.
But when desire and magic mix, the results can be unpredictable.
Our heroes are going to need more than passion for the job to survive the catering event of the decade!

Praise for Sin du Jour:
“Funny and demented . . . I’ll read anything this guy writes.”
— Chuck Wendig, author of Blackbirds and Zer0es, on Envy of Angels

“No one makes me think, ‘Dammit, I should have thought of that!’ like Matt Wallace. The Sin du Jour series is something I read with equal amounts of envy and delight.”
— Mur Lafferty, Campbell Award winning author of The Shambling Guide to New York City