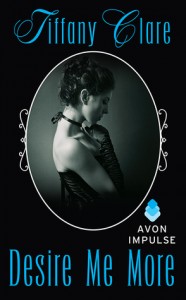 When Laurie is kidnapped by bikers, she has no idea her life is about to change forever. From the moment she meets Steele—their sinfully sexy leader—she can’t deny their fierce attraction. Even though she’s completely at his mercy, his eyes soften when he looks at her, and the others in his gang know she’s strictly hands off. But the more time she spends with Steele, the more her body insists she wants his powerful hands all over her.

Now she’s about to discover a new life on the open road…and what it means to be part of a gang that shares everything. At first their wanton lifestyle shocks her senses—but once she’s had a taste of life on the edge, will she ever want to leave?

Ok, not really sure what to say about this book because…there is not much more other than sex in it. We can start with a short pro&cons list.

Cons:
-there isn’t a strong plot that gives a sense to the book
-during the story the main characters lose consistency
-really HOT and heavy sex scenes that can be too much for someone

Laurie is having a bit of a predicament seeing that her boyfriend is out of control and is trying to take charge of every aspect of her life… in and out of bed. Especially in bed where he has started to show interests that are more those of a psychopath than that of a lover. A situation that is starting to scare her badly and from which she wants to get away quickly.
The solution comes in the form of a nomad MC Club to whom Laurie’s brother has asked help.
When one of the Club assist to Laurie getting beaten by her boyfriend, he didn’t find other way to save the day than to kidnap her and bring her to where the club is currently staying, a country house nested in the woods.
However, is Laurie happy to be safe (and almost sound)? Oh no! She wants only to escape the people who helped her and are trying to protect her.

Ok, I can understand that in the beginning it could have seemed to her to have gone from a bad situation to another even worse. Even so, after the first night when no-one tried to hurt her in any way she should have changed her mind. Especially because, finally, she has someone who can help her getting rid of the asshole who is making her life a living hell. Another bonus is that she finds the leader of the group, Steele, very attractive… so why leave!? Try, at least, to gain something good from the mess you’re in.

The rest of the book is nearly only scenes of “group sex” or “couple sex” (more of the former). Dressed with a burst of jealousy (from Steele) that has not really sense seing that “what is mine is yours” in the code of the Club, much confusion (from both of them), another kidnapping and almost rape (from the asshole) and…other sex (from all of them).

Then, near the end, the author start to speak of Steele as dominant…but she doesn’t make him do things that can make you see him as one (≪Woman, do as I say!≫ is not one of those things). He is “only” a big, gorgeous, sexy man who is very free in his interest for sex and has a strong will. There is nothing about a relationship dom-sub between the two and speaking of it is too much and too late.

In conclusion, if you are in search of something that doesn’t have a strong plot but has many heavy sex scenes and whose only purpose is  to make you pass a couple of hours of fun, this is the book for you. Otherwise it’s better if you go find something else.