Speaking again of Patricia Briggs, in just over a month we will find at the bookshops this new collection of short stories, connected to the world of Mercy Thompson… some of them new and some of them old. Hovewer, the real treat for me is that, finally, we will have the novel of the beginnings of Charles and Anna in an all Mercyverse anthology. 😉 (ok, and the beautiful, incredible and fantasmagorical cover painted by the faboulous Dan Dos Santos, yay!)

A collection of all-new and previously published short stories featuring Mercy Thompson, “one of the best heroines in the urban fantasy genre today” (Fiction Vixen Book Reviews), and the characters she calls friends…

Ok, I usually don’t do cover reveal but this book is really special for me so, here we go…

THE NEW CHARLES AND ANNA NOVEL

Praised as “the perfect blend of action, romance, suspense and paranormal,”* the Alpha and Omega novels transport readers into the realm of the werewolf, where Charles Cornick and Anna Latham embody opposite sides of the shifter personality. Now, a pleasure trip drops the couple into the middle of some bad supernatural business…

For once, mated werewolves Charles and Anna are not traveling because of Charles’s role as his father’s enforcer. This time, their trip to Arizona is purely personal, as Charles plans to buy Anna a horse for her birthday. Or at least it starts out that way…
Charles and Anna soon discover that a dangerous Fae being is on the loose, replacing human children with simulacrums. The Fae’s cold war with humanity is about to heat up—and Charles and Anna are in the cross fire.

The previous books in the Alpha and Omega series: 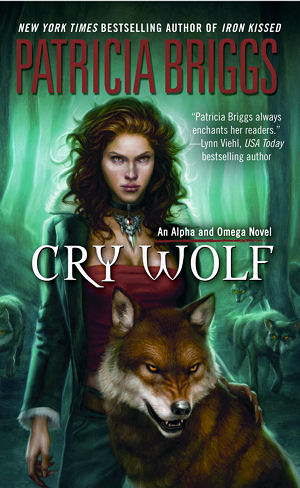